General Assembly IN A FEW SIMPLE STEPS—A GUIDE TO SUCCESS 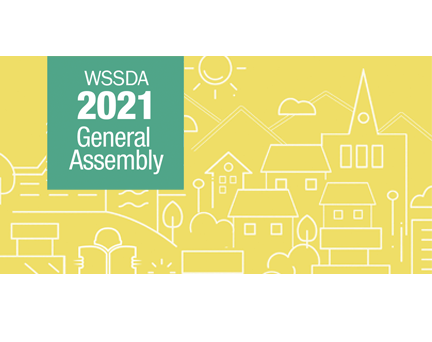 General Assembly is one of the most important school board events of the year because the outcome guides WSSDA’s discussions with legislators for the year to come. By voting on legislative and permanent positions, the assembly is where school directors update WSSDA’s advocacy platform.

Below is an outline to help attendees understand the process of General Assembly, before and after.

Step 1 – Determine who will be your board’s voting delegate at General Assembly.

Step 3 – Download or print the 2021 General Assembly Handbook, which lists all of the items up for a vote.

Step 4 – Use the handbook to review the proposed positions and determine how your board wants to vote during assembly.

Step 5 – If your board wants to submit an amendment to a proposed position, do so during the amendment proposal window from September 17th through 24th. Instructions are provided in the handbook on p.6.

Step 6 – Identify your district’s most important WSSDA positions so your board can prepare for submitting its ranking during the online prioritization process following the assembly.

Step 8 – Now that all positions are finalized, participate in the online prioritization process between November 1–5. The results will be used to create a legislative priorities one-pager showing WSSDA’s top priorities.

Step 9 – Before the next legislative session begins, give your legislators a copy of WSSDA’s legislative priorities one-pager. Use the document as a foundation to provide relevant stories and data from your district.